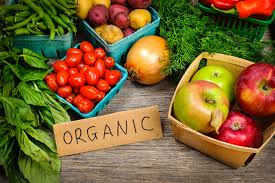 Might leaving the European Union make it harder for British people to follow a healthy diet? A Dutch bank is arguing that it could be the case.

Analysts at Rabobank, in a report published this week, explain that the UK’s self-sufficiency for fruit and vegetables is estimated to be less than 40 per cent making its food and agriculture sector highly sensitive to trade deals.

They say that “in the protectionist scenario” of a hard Brexit, EU suppliers could face a significant hurdle when exporting to the UK, which could mean that shoppers have to splash out more cash to buy fresh fruit and veg.

Rabobank says that the UK could be hit with a 5 to 10 per cent import tariff for flowers and a 15 to 20 per cent tariff for fruit and vegetables after Brexit.

“This tariff will most likely result in a similar increase in domestic prices, negatively impacting consumption,” according to the report.

Goods coming from the Netherlands and Spain will be most impacted, according to the analysts. Together goods from those countries represent 65 per cent of EU imports into the UK.

Rabobank also said that the EU provided 71 per cent of Britain’s food and agriculture imports in 2016. The largest category was animal protein, followed by fruit, vegetables and flowers, and consumer foods.

Healthy-eating Brits were already dealt a blow this year when poor harvests in parts of Southern Europe led to higher prices for vegetables. Some supermarkets even implemented temporary quotas on things like lettuces and broccoli as a result of a supply shortage.

The analysts at Rabobank said that in light of Brexit, it is now up to the Government to ensure that demand for goods from abroad is met.